Exercise Can Substitute Effectively as Second 'Medication' for People With Depression, Study Suggests

ScienceDaily (Aug. 24, 2011) — Exercise can be as effective as a second medication for as many as half of depressed patients whose condition have not been cured by a single antidepressant medication.

UT Southwestern Medical Center scientists involved in the investigation, recently published in the Journal of Clinical Psychiatry, found that both moderate and intense levels of daily exercise can work as well as administering a second antidepressant drug, which is often used when initial medications don't move patients to remission. The type of exercise needed, however, depends on the characteristics of patients, including their gender.

These findings are the result of a four-year study conducted by UT Southwestern's psychiatry department in conjunction with the Cooper Institute in Dallas. The National Institute of Mental Health-funded study, begun in 2003, is one of the first controlled investigations in the U.S. to suggest that adding a regular exercise routine, combined with targeted medications, actually can relieve fully the symptoms of major depressive disorder.

"Many people who start on an antidepressant medication feel better after they begin treatment, but they still don't feel completely well or as good as they did before they became depressed," said Dr. Madhukar Trivedi, professor of psychiatry and the study's lead author. "This study shows that exercise can be as effective as adding another medication. Many people would rather use exercise than add another drug, particularly as exercise has a proven positive effect on a person's overall health and well-being."

Study participants diagnosed with depression, who ranged in age from 18 to 70 and who had not remitted with treatment using a selective serotonin reuptake inhibitor antidepressant medication, were divided into two groups. Each group received a different level of exercise intensity for 12 weeks. Sessions were supervised by trained staff at the Cooper Institute and augmented by home-based sessions.

Participants -- whose average depression length was seven years -- exercised on treadmills, cycle ergometers or both, kept an online diary of frequency and length of sessions, and wore a heart-rate monitor while exercising at home. They also met with a psychiatrist during the study.

"This is an important result in that we found that the type of exercise that is needed depends on specific characteristics of the patient, illustrating that treatments may need to be tailored to the individual," said Dr. Trivedi, director of the Mood Disorders Research Program and Clinic at UT Southwestern. "It also points to a new direction in trying to determine factors that tell us which treatment may be the most effective."

In addition to NIMH funding, the study was supported by grants and awards from the National Alliance for Research on Schizophrenia and Depression, and the National Cancer Institute.

God knew what He was doing with the diet in Eden! Nuts contain the antioxidant vitamin E, folic acid (which reduces homocysteine levels), and plant fiber (which can reduce cholesterol levels), In addition, nuts contain arginine, a precursor to nitric acid, a substance made in the walls of blood vessels that prevents clotting. 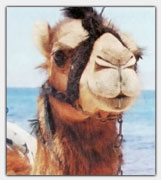 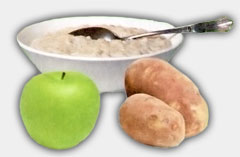 Born in 1483, Thomas Parr is said to have lived to the incredible age of 152! If true, that means he saw 10 sovereigns on the throne of England, including the entire 50-year reign of Queen Elizabeth I.
In 1635, King Charles I invited Parr to his palace and inquired as to how the old man managed to have such a long life. Parr answered that he had lived a simple life as a farmer eating mostly potatoes, fruit, and oatmeal.
Unfortunately, "Old Parr" was not accustomed to the rich foods served at the palace. That night after dining, he became very ill - and died. King Charles felt so terrible for having killed Britain's oldest citizen with royal delicacies that he commanded Parr be buried in Westminster Abbey, where his grave can still be seen today.
It appears that Parr was living proof of the connections between a stronger life and what you eat. 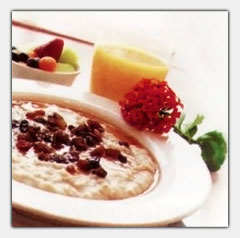 Did you know that skipping breakfast could be deadly? In one study, skipping breakfast was linked to an increased risk of premature death. By far, the best meal to skip or, at least minimise, is dinner. Another study reported better weight loss, improvement in diabetic conditions, and increased thyroid efficiency among a group of 595 people who consumed their last meal of the day by 3:00 pm.