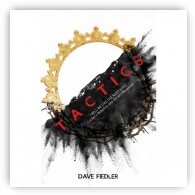 Larger Image
Mapping out the methods of Lucifer's rebellion and Christ's response.
Solders who go to battle without knowing how the enemy fights, don't win wars, and too often end up as casualties. It's called the element of surprise, and Satan has that strategy down to a science. But he's basically used up his playbook, which  means that if we understand his past attacks, and God's equally strategic, laser-focused response, there's no risk of being caught catastrophically off-guard.

The United States in Bible Prophecy $2.40