A Proven Prophet: Ellen White and the Gift of prophecy 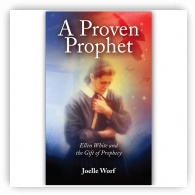 Larger Image
What makes someone a true prophet of God? And does the Bible say there would even be genuine prophets in our time?
Some have claimed that Ellen G. White, a prolific author and co-founder of the world’s fastest-growing Christian denomination, passed the Bible’s many tests of a real prophet. But is it true?
While Ellen never claimed to be a prophet, she believed that she was God’s messenger. It is said that she received approximately two thousand visions and dreams in her lifetime. Others have said that she had access to knowledge far ahead of her time.
Today, millions of sincere believers recognize Ellen as a prophet who inspired major systems for education, health care, and publishing. They believe her visions were from God and that her success was from His blessings in her life.
Could they be right? This small volume will help you decide.
$13.20
Qty:
Add To Cart >